What is Buoyancy Effect of TGA experiment? 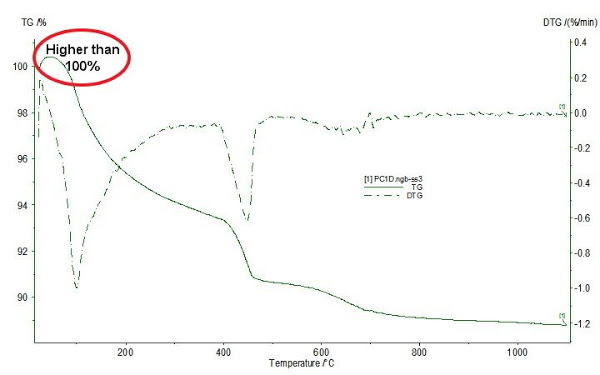 As can be seen from the curve, the mass exceeded the original mass, which is not reasonable, since the decomposition of the sample always decrease the mass of testing sample. So why does this happen? This is because of the buoyancy effect in the TGA equipment.

Every substance found in a gas atmosphere is subjected to a buoyant force. This results in “apparent” mass changes. The degree of buoyancy, and thus the degree of mass change as well, are basically dependent on the volume of the substance and the density of the prevailing gas.

However, for thermogravimetric investigations, it is not the absolute value of the buoyancy at a certain temperature that is decisive, but rather its change as a function of temperature. A typical buoyancy curve is shown as follows.

It was recorded using a NETZSCH STA 409 with a DSC sample carrier in a static N2 atmosphere. There is no sample in the crucible, but the recorded result shows the mass is always over ZERO.

Due to the volume-dependence of the buoyancy, it is important to specify the sample carrier type in addition to the gas atmosphere, since different sample carrier/crucible combinations give rise to different “apparent” mass changes.

How to remove the Buoyancy Effect?

Why does the buoyancy curve initially show such a drastic rise?

You may find the buoyancy curve initially shows a drastic rise, why is that? This phenomenon arises from the design of TGA device.

At low temperatures, heat transfer from the furnace to the sample thermocouple is exclusively through convection. Since a certain amount of time is required before the crucible material is evenly heated and the warm air preferably flows along the inside of the protective tube, and thus does not reach the crucible immediately, the actual temperature of the gas atmosphere is far higher, particularly at the beginning of a measurement, than the temperature sensor indicates. Therefore, the gas density changes dramatically in the beginning of the test, thus subjects dramatic “apparent mass” change. 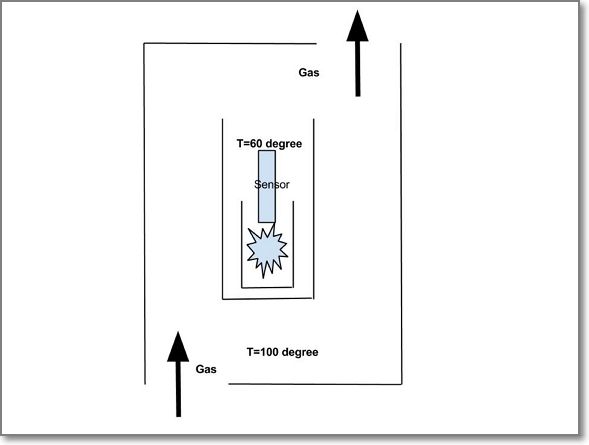 One reply on “Buoyancy Effect of TGA Experiment”

Thank you very much for this good information.