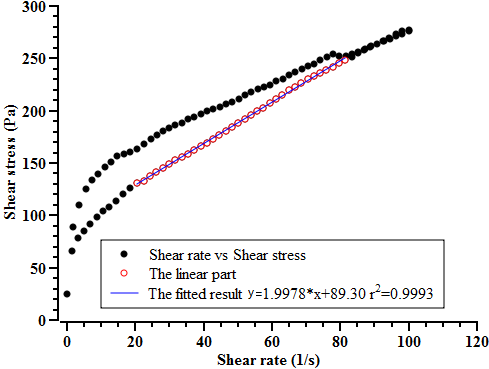 The paste should be measured by increasing shear rate and then the decreasing rate. Typical shear rate applied on cement paste is linearly between 0 and 100 1/s. Since the rheological feature of most of cement pastes is a kind of Bingham model, we can choose the liner part of the decreasing shear curve from the date set (shear rate vs. shear stress) for the regression. The slope from the regression equation is the so-called plastic viscosity.

However, if the rheological cure of the paste behaves rather than Bingham model, selecting an appropriate model is necessary.